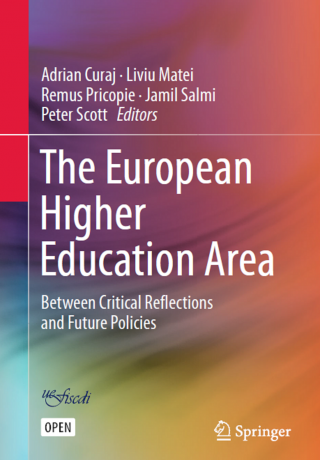 “The Future of Higher Education and ´The European Level´
In the first 15 years of the twenty-first century, the evolution of higher education in Europe was both predictable and special. The period of massification and globalisation, fuelled by the prevailing narratives that the knowledge society of the future required ever more schooling for larger proportions of the population and the European integration narrative suggesting that a genuine European identity could be constructed, reshaped the very foundations of European higher education.
However, what looked like a permanent, or at least long-lasting phenomenon until recently, today looks less certain and a lot less predictable. Perhaps it is not even predictable at all.
Why is it the case that what developed in a rather unsurprising manner over the last 15 years, now seemingly looks uncertain and unforeseeable? In the current economic and political environment, does it even make any sense to talk about the future of higher education in Europe? Can one say anything relevant about European higher education’s future without false pretences of scientific forecasting?
Is there much that could be said that will be of practical use to the key partakers in decision-making and everyday practice in European higher education? And why have this discussion at this exact point in time?
These are questions that are addressed in this introduction to the volume of selected papers from the second Bologna Researchers’ Conference, held in November 2014 in Bucharest. The generic theme of the conference was the future of higher education in Europe, first of all, but also incorporating global developments.
The argument for possible answers presented in this introduction builds, both directly and indirectly, on the insights put forward by the papers and the contributions made during the discussions at the Conference. Overall, there is a sense shared by many members of the community of researchers that times are changing for European higher education, and there is some anxiety about how the near-future might look. These concerns are expressed throughout this volume, which is composed of nine thematic sections. Beyond the inquiry into important thematic aspects of the recent evolutions in higher education in Europe, could one also try to identify some fundamental, overarching factors that are changing (or perhaps have changed already), to understand where we are at present? Such “fundamental factors” may, in turn, represent important parameters for a discussion about the future.
The Bologna Researchers’ Conference was purposefully organised just a few months ahead of an important gathering of the ministers responsible for higher education of the 47 countries of the European Higher Education Area, to be held in Yerevan, Armenia, in May 2015. It had the ambition to review existing research in higher education and contribute fresh new knowledge that could inform the deliberations of the ministers when they discuss and eventually decide on the future of the Bologna Process. A summary of the conclusions and recommendations of the Conference, written mostly as a document for policy-making usage, is published separately from the present volume. Unlike that summary, this introduction is not bound to policy considerations for the eventual use of the ministers. Rather, it points succinctly to broader underlying factors of what could be an important moment of shifting dynamics and development lines in European higher education.”