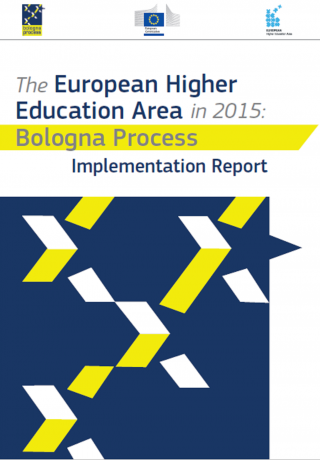 “Education, Audiovisual and Culture Executive Agency/ Education and Youth Policy Analysis
The Bologna Process has arrived at a crucial point. The commitments we will make at the Ministerial Conference in Yerevan in May will shape the reforms we must undertake together in the coming years to complete the European Higher Education Area. Providing a solid basis for the discussions, this second edition of the Bologna Implementation Report charts progress so far, and points to the work ahead that is required to build a European space of university cooperation based on quality, openness and mutual trust.
Over the last three years, 47 countries, more than 4 000 higher education institutions and numerous stakeholder organisations have continued to adapt their higher education systems, making them more compatible, modernising degree structures and strengthening their quality assurance mechanisms.
But this report makes it clear that more needs to be done. Although countries are moving in the same direction, they do so at widely varying pace. As a result, the foundations of the European Higher Education Area are not yet fully stable. In many countries, students and graduates still face obstacles in having their studies abroad recognised for work or further study. Graduates too often discover that they do not have the skills and competences they need for their future careers. Higher education is still not easily accessible for young people from disadvantaged backgrounds. Student-centred learning, based on carefully planned goals, remains underdeveloped. And the potential of digital technologies to transform learning and teaching has not yet been grasped everywhere.
We must strengthen the foundations of the Bologna Process by renewing the focus on these core reforms. Policy makers, academic staff and students must work together, within countries and across borders, to learn from each other and to identify and achieve measurable objectives. Young people have been severely hit by the economic crisis in many countries. Education has a pivotal role to play in helping them find their place in the labour market and society as a whole, and the Bologna Process must contribute to that. Its continued development, especially of its social dimension, is essential to the future prosperity, wellbeing and sustainability of our higher education systems and societies.
The Bologna Process has created a space for dialogue and cooperation which reaches far beyond Europe. Dialogue not just about the technicalities of credit systems and quality assurance, but about the fundamental principles – freedom of expression, tolerance, freedom of research, free movement of students and staff, student involvement and the co-creation of learning – that reflect the basic values on which European society is based.
As we move towards the 20th anniversary of the Sorbonne Declaration, the Bologna Process must demonstrate its capacity to move forward on two interlinked tracks: ensuring the consistent implementation of reforms on the one hand and outlining the response of our universities and colleges to the challenges of the twenty-first century on the other. This report is an excellent place to start.
Tibor Navracsics
Commissioner responsible for Education, Culture, Youth and Sport”